Feel free to talk about anything and everything FSOL related in this board.
Post Reply
26 posts

Pre-show warm up: various noises and effects, some spoken samples.

Ok, so I think this is what we got:


So it's very much in big polished melodic IDM territory again, in the same vein as the previous mixes.

Bonus minute mix:
Chunky chunky beats, hip-hop territory oh wait no it's IDM again. 303 acid at the end. This really isn't like anything I've heard from FSOL before. e7.003 material.
Beautiful downtempo track, very '90s ambient house blissful vibe. Too short!
You know the way everybody's into weirdness right now...
And so it was all over... I did not know then how much was ended...
'70s analogue Ghost Box style track.
Fast funky breaks track.
Max Richter answerphone message.
Something technoey, four-to-the-floor beats. Acid! This has got to be Humanoid.
Drones, answerphone messages.
Bleepy analogue, childlike melodies, hauntological... but then pads, string samples, getting more epic. Stunning. More e7.003 material! This album isn't going to be anything like past releases.
FSOL NEWS /// ENOFA
Top

Thanks for the track listing Ross!

Here's my recording of the stream: https://we.tl/t-EdaWBHtjii

Can't wait to get the CD to listen proper!
Top 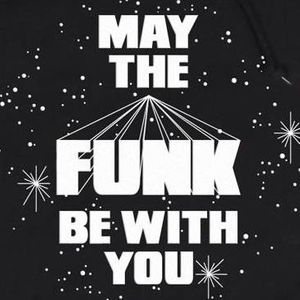 Spoken sample before my Enofa track is Byron Con, he of the 'weird Greek instrument' on 'Yage'. Turns out his son is Dappy of NDubz fame. This track is about Bryon's death.
FSOL NEWS /// ENOFA
Top

Anyone recorded the bonus mix ?
Top

The pre-show warm-up and bonus mix are both included in sigESANg5's file.
FSOL NEWS /// ENOFA
Top

probably the first (**** Rmx) of Heogen in the mix is "Rectangular Triangles" in the Mixlr chat, Touched Music (Martin) wrote:
- "Heogen - Rectangular Triangles its the one from Mind ~Maps 3"...
Inkipak - Open Door (**** Rmx)
Enofa - Obscure Diagram (Yage Rmx)
Min-Y-Llan feat. Melatron - Crash Over Me (Yage Rmx)
Heogen - Rectangular Triangles (**** Alt. Rmx)
Riz Maslen - The Lake of The Woods (**** Rmx).
In the bonus mix after the phrase "And so it was all over... I did not know then how much was ended..." - sounds Daniel Pemberton "Workshop of Inventions (The FSOL remix)".
On these artists MⒶ, Soutien Gorge, Skurken, Mole Jeek, Mōshonsensu, FSOL, Humanoid, Yage - could not identify the names of the original tracks.
Last edited by Trigga Bo on Thu Jun 23, 2022 10:46 am, edited 1 time in total.
Top

Here's my recording of the stream: https://we.tl/t-EdaWBHtjii

Can't wait to get the CD to listen proper!

Thanks for posting. My Audacity failed me and I ended up recording to cassette, missed the first 15 minutes so this is great.

Hoping they get more of the pistachio t-shirts in, I missed out on one of those but bagged the cd. Email this morning says it's on the way already.
Top