Feel free to talk about anything and everything FSOL related in this board.
Post Reply
71 posts

This is great news..always loved the yage material..not gonna lie but coda coma is my favourite yage track...as well as sounding great it just reminds me of a different time out parting all the time and not having a care in the world

It's reworked versions of the FSOL track 'Yage' from Dead Cities, not material under the Yage alias.
(They never make it easy)
FSOL NEWS /// ENOFA
Top

haha thanks for pointing that out ross..should have read the quote you posted first but it does sound intriguing how they are going to rework it.Knowing how they do things it's going to be really interesting
Top

Dennis wrote:Wasn't there a yage ep planned back in the day after Dead Cities came out?

There was a lot of fan speculation about it, but it turns out the third and final single was actually going to be Glass.

I'm really curious about this actually. I really wonder how it would have turned out... Do you know how far along they were with it? I read here that it got a catalogue number, is there any chance we have heard something from it on the Archives releases?
Top

Glacier and I Turn to Face the Sun.
(So technically nothing in the Archives releases)
FSOL NEWS /// ENOFA
Top

Ross wrote:Glacier and I Turn to Face the Sun.
(So technically nothing in the Archives releases)

Excellent, listening back to them that does make some sense. Thanks for the answer.

The single was half finished before they decided to put all the focus on the new psychedelic material. A shame in hindsight. One to file alongside Eggshell and Slider.
FSOL NEWS /// ENOFA
Top

It is a shame, would have loved to hear the Eggshell one as well.
Top

Yeah it is a shame it never got made. However in hindsight it would have been quite vastly different to the We Have Explosive and My Kingdom singles.

What's the deal with Space Squids? That sounds like a funky take on Glass. Was that never planned as part of the EP?
Top

A back cover for the vinyl has appeared... 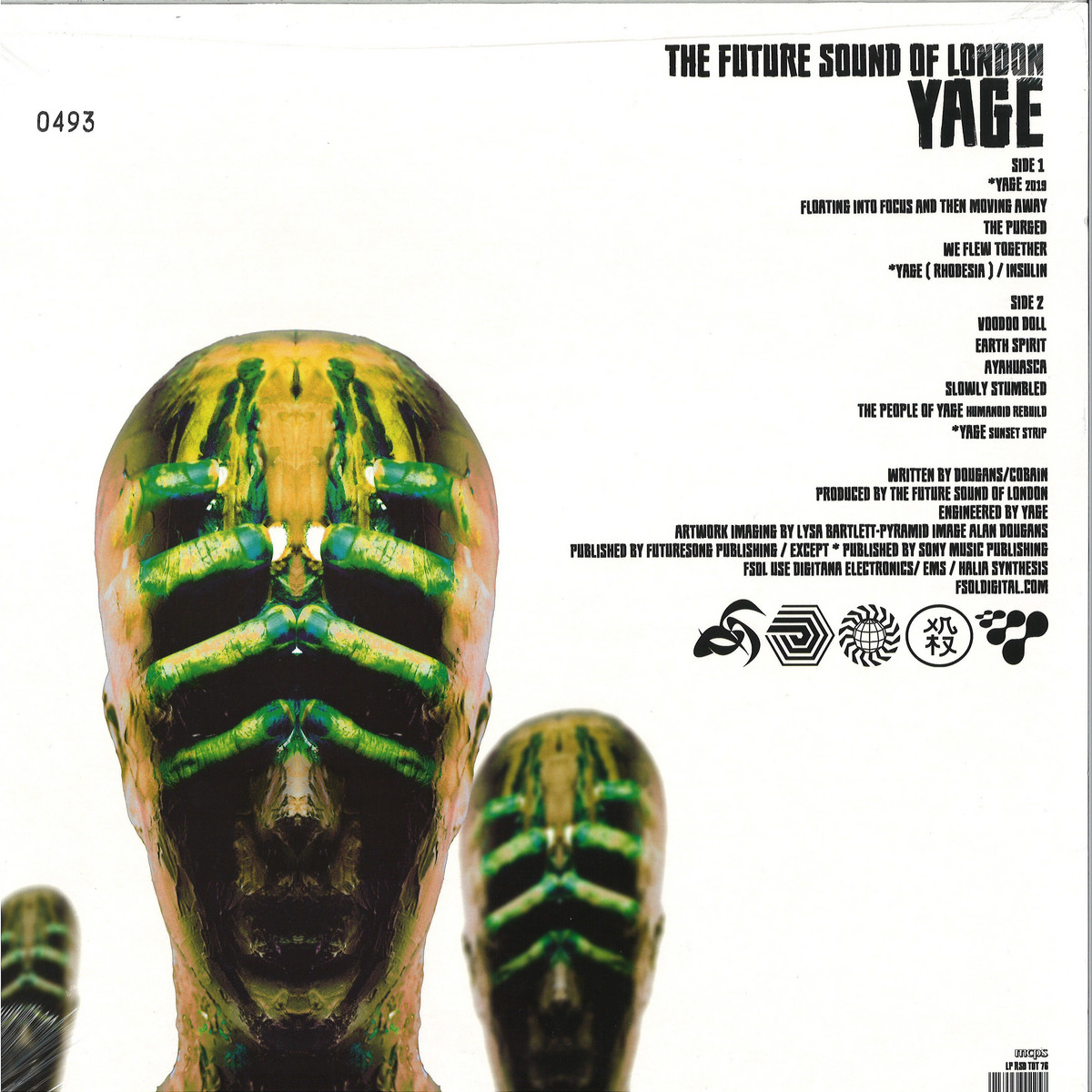 nice to see them use brians brother alan dougans photography.Have they used his work before?
Top

Alan did the cover of the 3LP version of Archived : Environmental : Views, some of the booklet photography for My Kingdom Re-Imagined, and the cover of The Fears and Fantasies of the Unconscious Mind, that I know of. Interesting that there's no Buggy art on this. Also the change of font.

Looks like Yage 2019, Rhodesia and Sunset Strip are going to be the only full-on remixes, according to the publishing, meaning we'll be getting something like the My Kingdom re-issue rather than an album of straight-up variations (as expected).

Less than two weeks until it's out, and four until the CD with the final two tracks.
FSOL NEWS /// ENOFA
Top

Yage wrote:This will be an instant buy! An AT LAST there will be "Yage Sunset Strip". I have already an ear-and mindgasm!!!

So, what’s the deal with Yage Sunset Strip? A famous lost version?
Repetition Is A Form Of Change
Top