Some old sketches from the past... Stakker, Accelerator, and that's Riz Maslen right?

by Ross
T52 Shauneen pic is in the ISDN White booklet. T49 right is on the back of the Far Out Son single.

- Suddenly friends had become space thieves for speaking too close to his face, people with differing perceptions of proximity would offend him, when had this change come about? What had changed in him that he felt such an unreasonable anger when noise penetrated his womb like retreat from the world, this place of renewal and nurture so intrinsic to his re-emergence into city life each day.

- At this point each night he would dissolve back into himself, suddenly aware of himself for the first time in hours.

The right picture of Vit (who nearly drowned during that shooting session in the pool) will become the front cover for the Archive 5 in 2008.

- I remember loving them and had a few pairs, and now I just laugh at how silly the design is......

- you got during TV soccer games, his subject spent most time in the bedroom closely followed by the kitchen, it was most probable it was an open plan kitchen/lounge, dinner wouldn’t take much preparation, between 10 and 15 minutes, and seemed a bit of a vain sort spending up to 45 minutes choosing what to wear each day [signified by repetitive patterns of footsteps between two locations with intermitent drawer opening and closing]


Sorry, kids dinner time, must have been distracted. I meant to say, could it be Oxford street car park, cunningly wrapped around a ball? 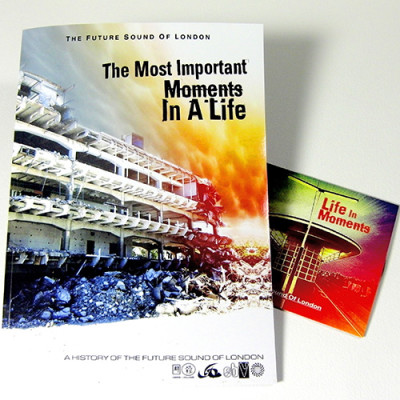 I think Buggy had a thing for half-demolished buildings. See also the bus station on the front of My Kingdom / used throughout the book.

Finally a key turned in the frontdoor and he suddenly found himself on his feet his brain hungry to renew the game, Mrs. Jackson a retired widow of 84 settled into her new flat that afternoon unaware of the game that had started once more in the flat beneath her.