This is an homage to one of the best albums ever recorded, according to more than just a few fans 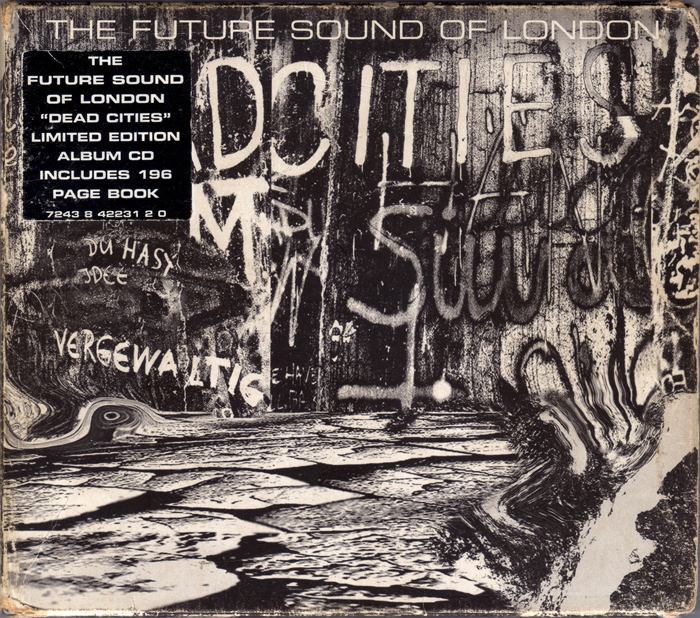 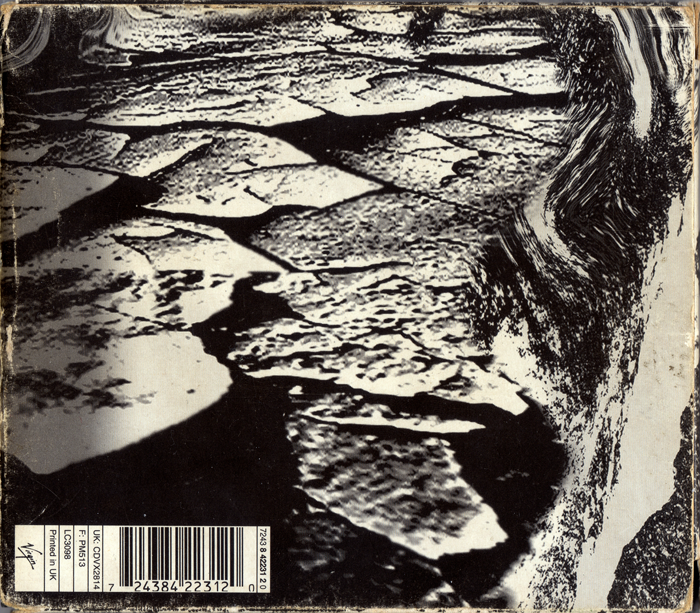 I held this in my hands for the first time when I was 20 (in 2002) - it did beautiful things to my brain - and it helped me understand a deeper meaning of art / sound / technology / music in general.

Yeah loved this album and the book blew me away with those ebv and buggy g pictures. Back then wished the book was A4 in size. So was pleased with the recent books. Especially the scrap book. 20 years old. It's like a good wine!
Top

Right: The sphere is a recurring motif - probably another London landmark - someone from the UK enlighten me please

- Also, the graffiti wall that inspired the title is here - and somewhere in the back of my brain there is an information that 'Dead Cities' painted on a wall was first seen in Berlin and inspired the guys to use it - Ross?
- Also, the story ramblings start here:

He hadn’t cleaned his flat for 11 months. He sneezed and figured he was getting up his own nose. He’d decided to never clean it again, that way he could monitor his own disintegration.

When friends came round he would pull out a mirror from behind the sofa and chop out fat grey lines of himself scraped from the floor. He’d never offer it round, for that would make the cycle of disintegration and reintegration incomplete.

- Awesome shot of Yage and Cyberface !

No he would feed himself to himself, and then slump back dislodging a dust cloud of himself from the arms and cushions of the sofa. At that point he’d always mutter “I’m GOOD Shit.”

- The building on the right looks like the battersea powerstation, but it's probably not

As far I'm aware the graffiti photo is of the Berlin Wall, and yes, as soon as they saw that phrase they knew it would be the album title.
FSOL NEWS /// ENOFA
Top

Of course he realized that it wasn’t pure HIM, this shit was cut with other people’s disintegration and atmospheric conveyances, but by and large he kept visits from friends to a minimum and kept all windows closed. No this was as pure as could feasibly be expected. He was monitoring the emergent being, right now it had no shape but one day he believed it would form.
You're doin' too much, do less.
Top

woah...what's her name kinda looks like a little kardashian in that one lol
Top

sent loads of images/sounds to the BUGS optik email address back then, crashed his whole system

around about the time i first went to Dollis Hill- very hazy period
www.seafar.co
Top

Imagine much herbalism going on in that period?
Top

Dead skin cells from tops of cupboards, from behind cushions, from teek surfaces, from behind fingernails, chaffing skin from the bathroom would emerge triumphantly in an unexpected and yet perfect form - this was the perfect microscopic documentation of the self.

While around him everyone denied their life’s debris, flushing it, scrubbing it, burning it, hiding it, denying it. He delighted in his, this was in fact after all delighting in existance itself, for without existance there would be no by-products.

He would ask people that knew him if he’d changed each day, delighting in their stupidity when they replied that of course he hadn’t. He knew different, of course he’d changed. He was prepared to face the facts, you didn’t just one day wake up with the skin, eyes, and physiques of a 50 year old, this shit happened imperceptibly day by day, imperceptibly that is to everyone else, but not to him, he wasn’t trying to pretend, he wasn’t scared of the truth.

Therefore, he viewed himself as a different self each day, each self differentiated by a day’s internal and external disintegration. If he had to attach a colour to his changing soul it would be grey, for whatever the vast cadence and subleties of life’s great shifting experience this was how it turned out, grey skin cells. When he was younger he would have attributed the colour blue as representative, for whatever his choice of clothing or whatever his activity he would always end up with a blue lump of dust in his belly button, weird that. He decided to chop out another fat line of himself, he scraped some fresh looking dead skin cells from the floor placed them on his favourite mirror and chopped out four identical lines of himself, bending over the mirror he noted how good he looked and hoovered the nearest line up his strong nostril.

Left: the picture that ended up as inlay on the first 4 archive CDs.
Right: the guys having a meal, probably at Vit's place.

He sat back enjoying the explosion of rejuvinating self. The explosion of light fragmenting through his iris and the feeling of immense immeasurable empowerment. He laughed, able to disassociate from the act as if hearing someone else laughing and therefore able to see himself for the very first time. Yes, this was the real way of getting in touch with the self. Didn’t those idiots doing yoga and meditation and all that other shit realize? The only person he’d seen who’d almost got it right was that woman on TV who was drinking a pint of her own piss each day, she was currently wheeled out as the freak element on all the chat shows to expound on her theory of how ingestion of her own waste, her own toxins could act as an age repressant.
You're doin' too much, do less.
Top

- Who's the woman on the picture?

- Those hands ended up on some other physical release right?

A very sanitary version of his own theory in fact, he laughed at the thought of himself on chat shows, the man who was fucked up on himself, the man who overdosed on himself, yeah, this was the real deal, and unlimited supply of “home grown self, yes” he thought as he hoovered the final line of perfect grey powder “I’M GOOD SHIT.”
You're doin' too much, do less.
Top

Vit with the scary teeth - always freaked me out that image.
Love the Liquidé - Fluid Core page, all those kind of designs really appeal to me. Makes me think I should have got more into graphic design.

T92 - nice globules, but they don't fit the mood of the album at all for me.
FSOL NEWS /// ENOFA
Top