Feel free to talk about anything and everything FSOL related in this board.
Post Reply
18 posts 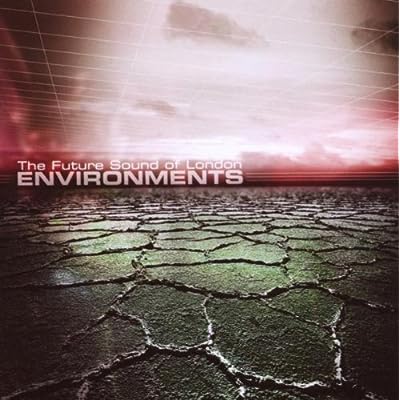 I sometimes wonder just exactly how accurate the final mix of Environments is to what it would have been in 1994. Regardless of its release now, it's comforting (in a way) to know that the mystery around the original release will always remain. Was it two long tracks like this final mix? Was it to contain A Study of Six Guitars and Tired? Why was it scrapped? Were they going to go with the black cover, or was that just a 'no cover yet' placeholder? And so on.

Anyway, the album. It's a very strange one, I have sometimes described it to others as FSOL's 'Berlin School' album. It certainly fits the Rubycon/Ricochet mould of two side-long parts, and obviously goes off into full on sequences in the middle of each section. Despite some of the album being reworked sections of other tracks - Ill Flower, Cascade Part 1 & Part 5/An End of Sorts, Wookii and so on - this doesn't bother me too much, as the pieces are largely very different from their original counterparts, and the 'alternate takes' thing never bothered me on the EPs. It also helps to think of the album as a linking point between Lifeforms and ISDN. In that context, those parts make sense.
Themeatically, it is possibly a tad more vague than some of the other albums - I get a variety of vague images compared to the more obvious atmospheres conjoured by Lifeforms, Dead Cities etc. It's partially spacey, partially ethnic, very strange overall. I think the feeling of continual change is brought on by the switching between what are their most collage-like, sample-based sections and their most synth-heavy sections.
I like the album a lot, possibly not as much as the other Environments records so far, but a lot anyway.
FSOL NEWS /// ENOFA
Top

Environments 1, this one helped me a lot getting into FSOL. I remember going back and forth between this and Dead Cities quite often, and always thought that they both had kind of a similar vibe, dark and sometimes even ominous. Despite the quite different musical styles (one being mostly ambient, and the other beat driven).

Still my favorite of the Environments (so far!) and will always have a special place in me for being one the first FSOL stuff I've heard.
Top

I think this is still my favourite Environments of the series too (with the others range close behind) because to me it is the most cohesive-sounding one of the series, despite the lot of reworked lifeforms & tales of ephedrina stuff. I see it as a link between these two albums but including a lot more of field-recording stuff of course. I always found it remarkable that it should originally come under the "amorphous" moniker back in 94´, that´s why there was always a link between this one and "tales..." in my mind.
Magnificient Insignificance
Top

I still recall first hearing this, the opening 8 or so minutes is so fucking dark, hints of Lifeforms but on a seriously bad trip - from the startling knock on the door you really don't know what's going to come your way next. The huge splashing sound that comes in along with "So what are you gonna do?" and manic laughter just conjures images of someone disposing of a dead body in water or something to these ears. At another point you have that weird alien abduction bit with dogs freaking out. Such a wonderfully dark album. If that indeed was the format for the original proposed album, I can just imagine them posting that to Virgin Records and the record company just saying "not a fucking chance are we releasing this" Can we have another Lifeforms please?

Then it goes all Tangerine Dream on us with the sequences and song format. I thought it was fantastic, and still do. Large parts of it sound like a collage of sounds stitched together from their ISDN broadcasts, which isn't such a bad thing.

I guess with the long wait, it was only ever going to be a disappointment, but when I first heard it I felt perhaps there was hope for the future. Volumes 2 and 3 have only raised the bar for me. My favourite at the moment is probably Volume 3, partly because I've played Volume 2 to death.

Bring on Volume 4, the sounds on EBS 7 suggest we could be in for something altogether different.
I am the eye that looks within
Top

I'm speechless
I am the eye that looks within
Top

That's the only tantilising look we'll have at that for about three years, I'm sure.

Actually I've been meaning to mention this for some time. Do you think they got the title for the series from this original seventies classic?

I got an mp3 of that some time ago and have been performing pacification experiments on the force of nature that is my son. It actually works but it looks like I've drugged him...
I am the eye that looks within
Top

oh my god
Noisesurfer
Fsolboard
Not bad for a Human
Top

That's pretty awesome news ! (though are the boys OK with you posting that picture ?)
ilovecubus.co.uk - 25ml of mp3 taken twice daily.
Top

Where did that E5 image come from...?
Would be nice to have an official update directly from B and/or G.
Not trying to sound like a pessimist and doubt the authenticity of that image, but I don't want to get my hopes up too much is all.
Let's have E4 first...
Top

its a shame that b or g dont respond on this forum..i can understand that they are busy with various things but the odd heads up might be nice now and again...even a little tidbit of info on new products heading our way..dont think thats much to ask
Top

Snr. Seafar there is a good friend of the band (hence the two releases on FSOLDigital) - he's provided lots of official snippets over the years.

I've had many emails from Brian over the years responding to matters on this board, ie 12 Hour Kiss Broadcast, Mental Cube remix and so on, which I always pass on to here. Ditto any news I post re: forthcoming releases (MPB Covers & Remixes album, Dan Pemberton etc.) comes direct from the band, so there's always official stuff coming in.

Anyway, with the image now gone perhaps we could return to talking about the original Environments?