Feel free to talk about anything and everything FSOL related in this board.
Post Reply
49 posts

Just listening to it now and wow, of course it is a WHE offshoot, gonna work perfectly in the context of this EP !

I wonder if 'Exploded Funk' (From The Archives Vol 5) might appear under a different title
ilovecubus.co.uk - 25ml of mp3 taken twice daily.
Top

Ross wrote: ↑Wed Apr 07, 2021 10:01 pm Aha, been waiting for the announcement. Yes, WHE is the latest in the re-recorded EPs. Don’t know about the tracklist but I’d imagine we’ll get at least one previously releases track - Exploded Funk or Abandoned Housing Blocks of Prypiat - alongside a bunch of new tracks. I’d be surprised if we didn’t get an expanded CD version at the end of June.


I've got a stupid question: why did you expect Exploded Funk and Abandoned Housing Blocks of Prypiat to appear in this re-imagined album? (for me it's an album, it's a full-lenght release). I mean, I understand Exploded Funk (it has always reminded me of Herd Killing, of course), but why the other track?
Top

It's from the WHE sessions. Most notably it uses the same buzzing synth that is the lead synth in Explosive.
FSOL NEWS /// ENOFA
Top

Ross wrote: ↑Fri Apr 09, 2021 1:20 pm Accelerator is just the same album split over four sides, so basically an audiophile version. Given that the sides are meant to be played gaplessly, I'm going to file this version under "pointless". 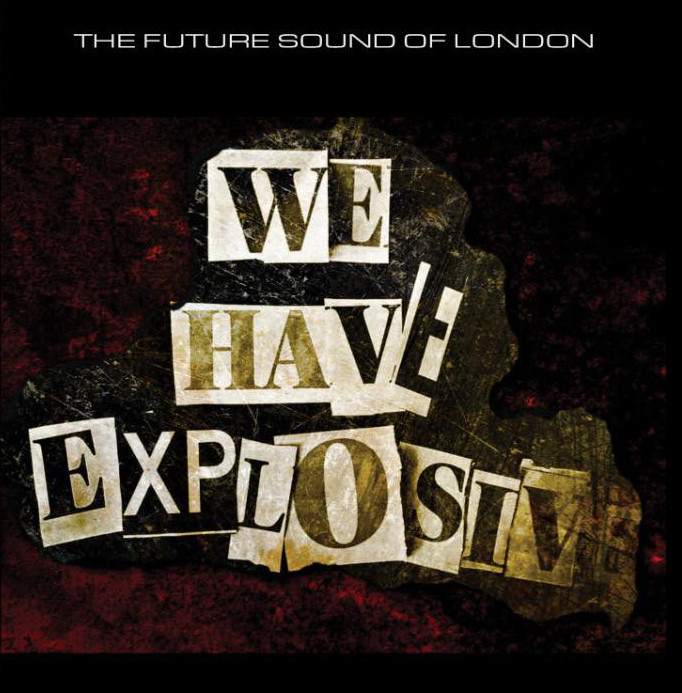 presumably correct timing of songs from new releases:
We Have Explosive 2021 -//- The World Is Full of Plankton
Music from Calendars 2017-2020 -//- Accelerator 30th Anniversary Edition
Top

Oh, awesome, some long ones there again. I think My Kingdom Path 7 has been the only really long track in the past six years (other than the S:X One live album), so good to see Detonation running to seven minutes there.
FSOL NEWS /// ENOFA
Top

We Have Explosive 2021 is out on CD and digital now - vinyl still coming on RSD.
https://fsol.bandcamp.com/album/we-have-explosive-2021

I was lucky enough to get my CD copy today, did some track-by-track thoughts...
We Have Explosive - starts with some Dead Cities environments, following by a new version of the main track. As with Cascade, it sounds somewhat different to the original, maybe a slightly less 'tough' sounding mix, some slightly different drum arrangements.
Implosive - a mash-up of WHE Part 4's atmospherics with bass and drums from Headhunter. Nice track, feels closely tied to the 1997 EP.
Abandoned Housing Blocks of Prypiat - I think there are a few more layers on there than the version we already have.
Vaporise - lovely atmospheric breaks track, some samples from the original but good in its own right.
Detonation - ah, the 2" Tape Reels version! This absolutely lives up to expectations, utterly bonkers and completely incredible. Remixed version of the Her Face Forms in Summertime / WHE Pt 2 environment as an outro.
Herd Killing - ok, this is a whole new take on the track, some of the WHE Pt 4 atmospherics, starts fairly similar to the original but goes off into completely mental territory by the middle. You can definitely hear some of the recent Humanoid IDM sound in this.
Stasis Field - Dubby beats, field recordings, wah-wah guitar. Some guitar chords I recognise from somewhere but can't recall. Chunky and atmospheric.
Waiting Your Return - slow beats, atmospheric pads, bleepy synth arpeggios coming in - first track on here that's sounded like something from the Environments. Ends with the piano from Hall of Mirrors, further tying Environments 3 into the Dead Cities world in the process.
MIB1.479 - more Humanoid style IDM with some Dead Cities tour environments and effects, a few samples from WHE.
Exploding - a dnb version of WHE that could have come from 1996. Lots of fun.
Exotype - the fastest thing they've done, sounds about 180bpm with a half-time bassline. Ludicrous, in a very good way.
Slide Door - sounds a lot like the more straight-forward elements of Autechre's 21st century material. Very strange melody, slow vaguely hip-hop beat, lots of bleepy, wibbly sounds. Ends with silence. So close to it being gapless, as well!
5cam - another version of WHE pt 4 / Herd Killing. Ends around 2:30. Silence. Brief hidden track of some effects. Ends on a beep.


On the whole, I'd say this is probably the least 'ambient' record FSOL have ever put out. It's start to finish breaks and IDM. And yet it's really, really atmospheric. The mood is a natural extension of the very nocturnal feel of ISDN Show & WHE. I think it's probably my favourite of the re-recordings so far.
The CD doesn't have the usual eight page booklet, just a four page fold out. No artwork credits again, I'm assuming it's by Brian.

Pete, you're doing to love this.
FSOL NEWS /// ENOFA
Top

Woah, that write up is definitely making me crave the end of the day before I can listen to this properly. Sounds incredible

There was an early version of this one in a Electric Brain Storms with a load of people giving answerphone messages .... hang on let me hunt ...

Wasn't in an Electric brain storms after all (well sorta, wasn't this actually classed as a Brain Storm?) but found it :

Ah, nice spot!
edit: that's actually Can't Find It from A Controlled Vista, but the wandering bass does seem the same.

And nah, I mistakenly said it would be EBV12 after a misunderstanding, but it was never part of the series.
FSOL NEWS /// ENOFA
Top

Yeah, it's owned by Universal so sadly they can't release it. I'm still hoping one day we'll get a Virgin-era rarities compilation from Universal, something like:

Sky-Scraper
Deep Into Your Subconscious I Slide
Bring Me Home
Lifeforms (Radio Edit 2 / 3)
Herd Killing (Promo 500 Version)
Live in New York
Cow
We Have Explosive (Semtex Version)
Landmass
We Have Explosive (Herd Killing)
We Have Explosive (Smirkoff Mix)
Maybe throw Are They Fightin Us, Hot Knives and An End of Sorts in there too. Could even round it out with the Mantronik Formula #2, 2011 Rebuild and King Roc mixes of Explosive, the Wighnomy brothers mixes of Lifeforms and the Oil Mix of Yage.
FSOL NEWS /// ENOFA
Top